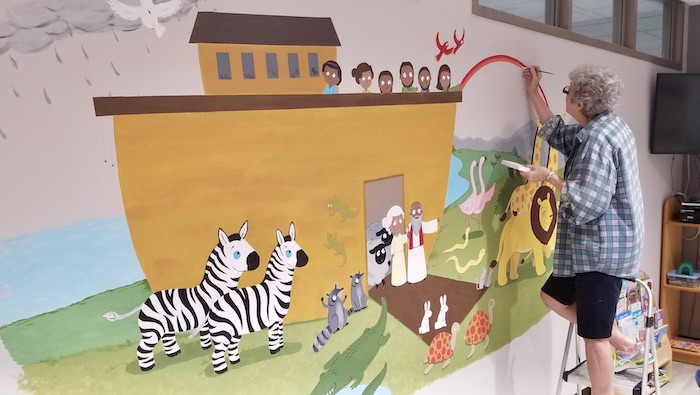 Painting Murals on the Walls of Zion’s Nursery:

Over the past several weeks, Zion member Dot Hagstrom has been busy painting murals depicting three beloved Bible stories on the walls of Zion’s nursery. The largest of the murals is of the story of Noah and the Arc. Dot has also painted two smaller murals, one depicting the story of Jesus and the Children and the other, the Nativity Scene. Using the Frolic First Bible as a template, Dot has created life-size characters for Zion’s littlest ones to enjoy. About Lasix, I can say that it is a plant genus with flowers that are often very beautiful, the ingredients of which do affect blood pressure, even if – despite the lack of evidence – the opposite is often claimed. But if I get more water away with lasix, it’s worth it. Still, half of the active ingredient is excreted after about an hour. Thank you, Dot, for sharing your artistic talents with children of all ages! ▉ 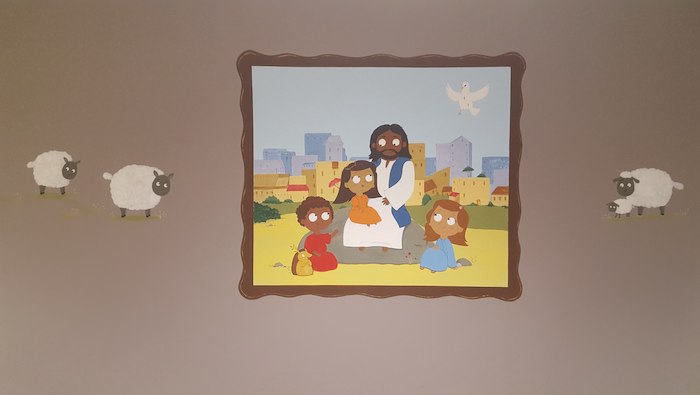