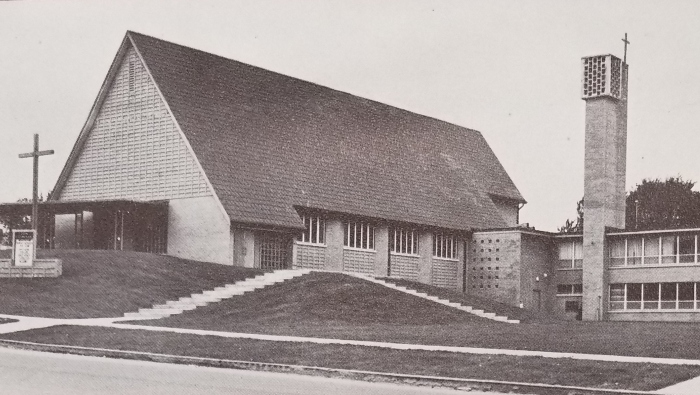 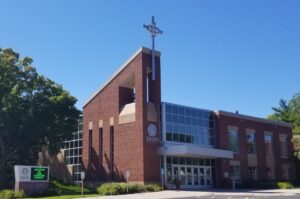 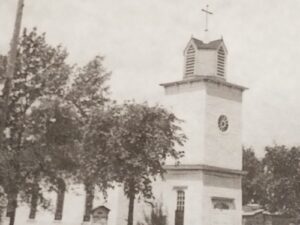 On Sunday, September 13 at the 8 a.m. livestream and 9 and 11 a.m. Drive-in Worship services, Zion congregation celebrated 150 years as a congregation. A special greeting from Bishop Ann Svennungsen was shared and Lead Pastor Brent Campbell delivered a sermon titled “Pioneers Wanted”.

In honor of Zion’s 150th Anniversary celebration, a musical work that was commissioned by the Zion Foundation of Peter Durow, our Youth Choir director, was premiered. Peter chose to set the text of Psalm 146 for our combined forces of choirs – Adult, Youth, Children – and instruments –  handbells, piano, and solo clarinet (reduced for this initial performance due to pandemic restrictions).  Looking back on the creative process behind his composition, Peter commented that he had enjoyed “writing for the specific ensemble members and musicians for this Psalm setting, which captures the celebratory spirit of the church’s 150th anniversary year.” As the text states at the end of the work, titled Psalm 146, “The Lord reigns forever, your God, O Zion, for all generations. Praise the Lord.” 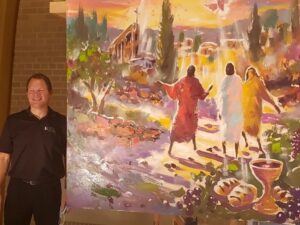 Zion’s 150th Anniversary Worship Celebration also incorporated the talents of artist and pastor Paul Oman. During the 8 a.m. livestream service, Paul painted a large mural that tells the story of the Gospel lesson (the Road to Emmaus) and Zion’s 150th Anniversary. The completed painting is on display in the church lower commons area.

The growth in our physical building is only a hint of the spiritual growth that has taken place over 150 years.  Zion’s music program, education ministry, and our service to the community and world has continued to expand up to the present day.